As the date of our 50th anniversary approaches, I have been going through the club files to find out how Mearns Camera Club started.

With a proposal to form a camera club, an inaugural meeting was held, on 4th October 1971 in Stonehaven Community Centre, attended by 9 people, 8 of whom had been in the Photo Group at Mackie Academy in spring 1971.
The secretary of the Photo Group reported on the finances of the group up until the end of the previous session and it was proposed to form a committee of 5 and the following were elected:

After a discussion on the proposed club’s activities, it was agreed to cater for Black & White, Colour Slides & Cine. The club would also try to engage outside lecturers to give occasional talks.
The Council’s charge for the use of the premises was to be £1 per member, so it was agreed that the subscription for membership should be £2 per member.
The date of the first meeting of the 1971-2 session was decided to be on Monday 18th October at 7.30pm and advertisements were placed in the Mearns Leader inviting interested people to attend. With enough members to make it viable, the first meeting of Mearns Camera Club was held on that date.
(Unfortunately I have not managed to find in the files information about the activities in that first session.)
Following a successful first session, the AGM was held on 1st May 1972, attended by J. Law, I. Burnett, G. Wood, A. Whyte, A. Carr, A. Adamson, J. Craig, W. Izatt, S. Cardno, C. Price, R. Steedman & J.G Imlach.
The Statement of Accounts showed incomes of £20.50 received from Mackie Photo Group, 21 subscriptions at £2 making £42 and Savings Bank interest of 4p. Expenditure was £21 to Kincardine County Council, £7.80 for darkroom equipment, £2.60 for sundries, 85p for a press notice and £1 for a Christmas box for the community centre staff. The bank balance was then £27.16, with £2.13 cash in hand.
The committee was re-elected and it was decided to approach one of the lady members with a view to having a lady on the committee.
Attracting new members was also discussed and those present at that first AGM decided to approach the town council for permission to show prints in the upper hall stairway, or other suitable place, during the Annual Art Show.
It was also decided to try to get shop window displays of members’ prints, one in early summer and a second in September, when a notice about the impending session could be incorporated.
Regular notices of the club’s activities would be put in the press.

So, with a first session 1971-2 completed, the club went from strength to strength and now on Monday 18th October 2021 will be 50 years old!

Mearns Camera Club in the Press 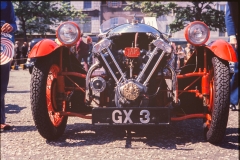 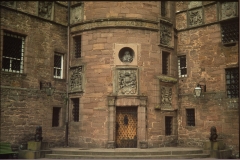